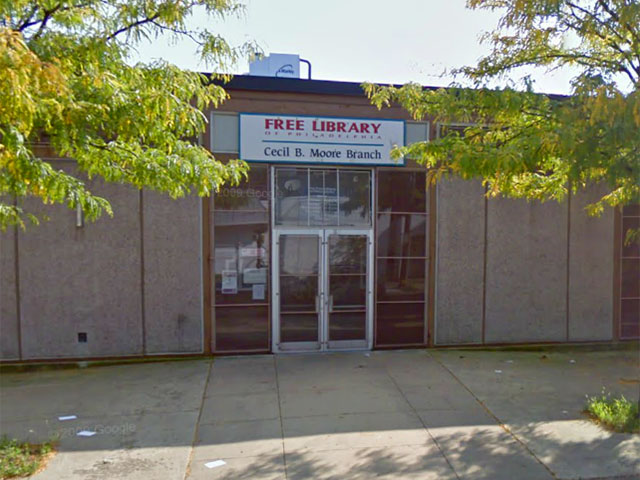 Donate to Cecil B. Moore Library

Located near the intersection of 23rd Street and Ridge Avenue, this branch serves North Central Philadelphia, Strawberry Mansion, Brewerytown, Sharswood, and the Johnson Homes. Formerly the Columbia Avenue Branch, the avenue and the library were renamed in 1987.

Cecil Bassett Moore was a lawyer, civil rights activist who led the fight to integrate Girard College, president of the local NAACP, and member of Philadelphia's City Council. With the help of high school students gathering signatures for a petition, the names of the street and branch were changed in 1987 to honor Moore.

While visiting the library, you might notice the mural in the children's room, "Let Beauty Fill Their Eyes." It was painted by David Lawrence and portrait artist Rhasaan Fort in 2000. The mosaic in the vestibule, "Integration of Science and Art," was completed in 1963 by Edna Andrade. The library was renovated in 1996 as part of the "Changing Lives" campaign, which refurbished branches and brought Web access to every library.