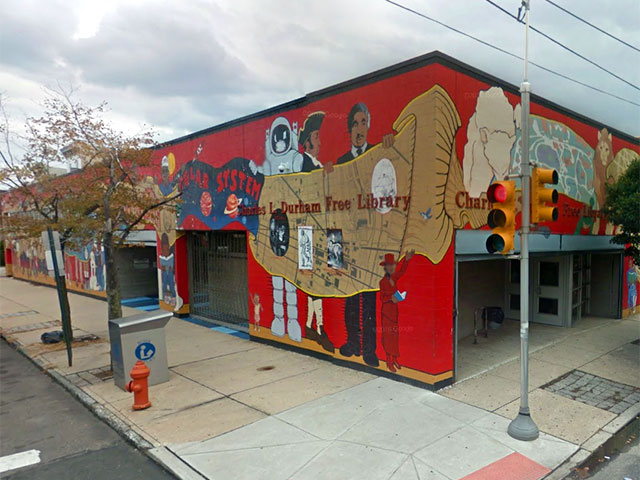 Formerly the Mantua Branch, the library was renamed in 1995 to honor Judge Durham. Serving the Mantua and Powelton communities, the library is located near the Drexel University campus and the Philadelphia Zoo.

Part of this neighborhood was purchased from the Lenni Lenape Indians in 1677 by William Warner. In 1692, a young Welsh carpenter, William Powel, opened a ferry over the Schuylkill River at the foot of the present Spring Garden Bridge. Lancaster Pike and Haverford Road were the first routes providing access from the west.

Mantua was named in 1809 by Judge Richard Peters, who designed a grid of lots with 36th St. and Haverford Ave. as the center. He named the area for a city in Italy.

Powelton was named for the family of William Powell, whose son purchased additional land. By the mid-1880's, Powelton was a fashionable area, becoming part of Philadelphia after the Consolidation Act of 1854.

Designed as part of the multipurpose Mantua Community Center, the Mantua library branch opened July 9, 1979. The building also includes a Department of Recreation gymnasium, a community office and a meeting room.

The branch was renamed the Charles L. Durham Free Library in 1995. Born in Mantua, Durham served on City Council from 1967 to 1974, when he was appointed to the Common Pleas Court. He a strong advocate for the community, and was deeply involved in the struggle for civil rights and was part of the first black caucus on Council.

The library was renovated in 1999 as part of the "Changing Lives" campaign, which refurbished branches and ensured Internet access.