The Philbrick Hall is temporarily closed. 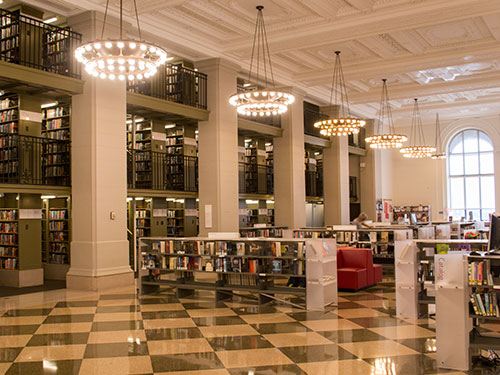 Philbrick Hall, located on the first floor, is where you can check out items as well as where adults and teens can join the library or deal with fines and other account issues.