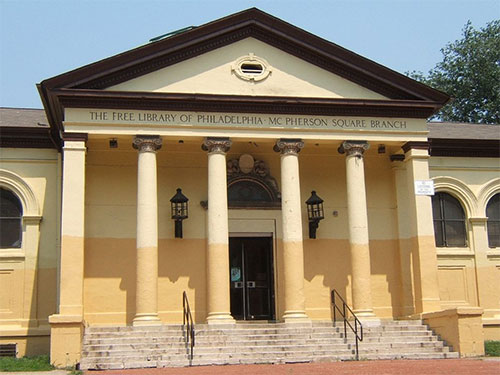 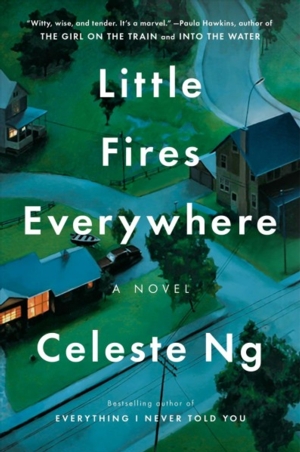 Interested in joining the Virtual Adult Book Club hosted by McPherson Library? Our book will be "Little Fires Everywhere" by Celeste Ng. If yes, then please email Ms. Tuesday at ChalmersT@freelibrary.org .

McPherson Square Branch now resides in a domed, classically designed Carnegie building centered a small neighborhood park known as McPherson Square. Over a century ago, however, the library first opened on July 5, 1898 in an old house known as the Webster Mansion. The mansion had been the home of three generations of the prominent Webster family from 1805 until 1891, when the home and grounds were sold to the City of Philadelphia for recreational purposes. The mansion was torn down in 1915 and the current library building opened on May 25, 1917.

McPherson Square Park is named for General William MacPherson, who was the original owner of Webster Manson. General McPherson— - the son of Captain John MacPherson, a famous Scottish sea captain - —joined the patriot forces in 1776. George Washington, a close friend, was often entertained in the mansion.

In the park is a statue of Charles Allen Smith, the second American killed at Vera Cruz in 1914. Smith lived at 2168 Sergeant Street, and the statue was paid for by a collection from neighbors.

Inside the library, look for sculptured reading tables with attached seating. Woodcarver Stewart Paul was commissioned to make the tables in 1972.