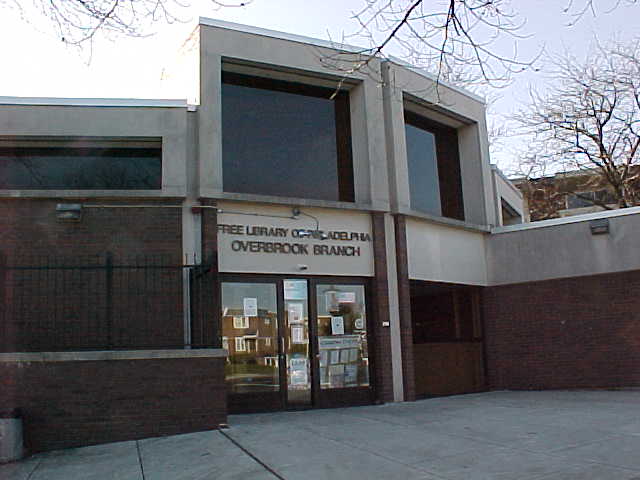 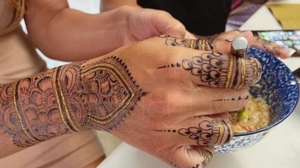 Get your hand beautifully, naturally, and professionally decorated by Henna Honey. Henna Honey will decorate the first 25 hands on a first-come, first-serve basis. This program is part of the Manuscripts of the Muslim World Project.  made possible by the Doris Duke Foundation for Islamic…

Serving the community of Overbrook Park, this circular-shaped library sponsors a lot of lively programming. In warm weather, you can enjoy the outdoor patio.

The building boom continued to the 1950's. Lamberton School, the only public school in the city serving grades K-12, was built around this time. By 1960, the Schuylkill Expressway contributed to the growth of City Line Avenue and the Overbrook Park neighborhood.

Designed by architect Eugene Dichter, the Overbrook Park Branch opened on November 2, 1972. At the dedication, local poet Vincenzo Giallonardo delivered a poem in honor of the branch, which features an outdoor patio with attractive landscaping.

Overbrook Park started the first Teen Friends group in the Free Library. They created the mural in the meeting room and raised money to support branch activities.

The library was renovated in 1998 as part of the "Changing Lives" campaign, which refurbished branches and brought Internet service to every library.