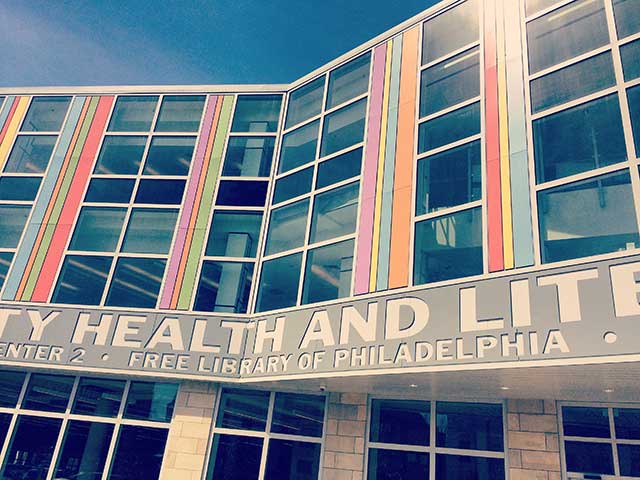 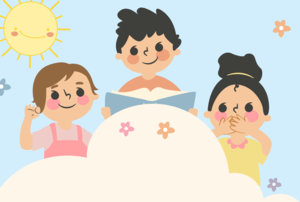 Join us outdoors at DiSilvestro Playground for a storytime full of music, movement and play! Babies, toddlers and PreK welcome! 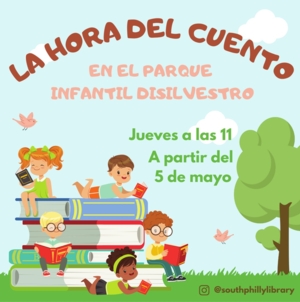 Join us outdoors at DiSilvestro Playground for a storytime full of music, movement and play! Babies, toddlers and PreK welcome!

Welcome to our new South Philadelphia Library in the Community Health and Literacy Center at Broad and Morris Streets!

This area of south Philadelphia was mainly small farms until the mid-1800's. Broad Street was named by William Penn, who described it as "a Broad Street in the middle of the city, from side to side" between the rivers. It ran from Vine to South (then Cedar) Streets, since they were the original boundaries of the city. In 1819, the street went as far south as Dickinson. By the middle of the 19th century, it was extended to the navy yard.

In June 2016, the new South Philadelphia Library Reopened to the public.  It is the first of five pilot neighborhood libraries to be reimagined and reshaped to meet the changing needs of today’s library customers. Located on the first floor of the South Philadelphia Community Health and Literacy Center, it includes a Community Health Resource Center with staff trained by the University of Pennsylvania Center for Public Health Initiatives, as well as a central “living room” area, a teen space, a Pre-K Zone, a computer lab, and updated study rooms. Its nearly 12,000 square feet of space serve more than 150,000 customers annually.

South Philadelphia Library was designated a Zone of Peace in 2019 by the Religious Leaders Council of Greater Philadelphia for its work in answering the call to stop violence by “making our homes and neighborhoods zones of peace free from fear, filled with respect, and marked by deeds of kindness."