The Wadsworth Library is temporarily closed. 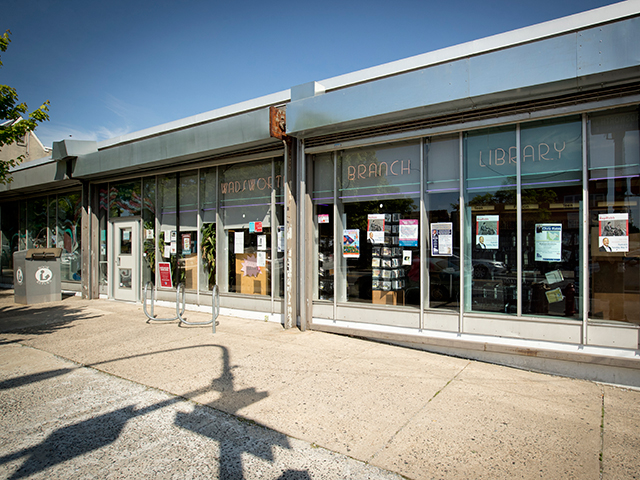 Located in the Wadsworth Avenue shopping district, this branch serves the Wadsworth, Cedarbrook, Ivy Hill, and East Mt. Airy communities. A free parking lot on Michener Street serves many of the stores in the area.

The Wadsworth area became part of the city of Philadelphia in 1854. Prior to a housing boom that began in the 1940's, the area was open woodlands and farms. Therefore, there are only two buildings in the community built before the 1940's. Wadsworth Avenue and Michener Street were named after two of the old family farms.

Before there was a branch library, the neighborhood made heavy use of the Free Library's bookmobile. Wadsworth Avenue Library, a modern building with a glass "storefront," opened on July 30, 1959. In 1992, the building reopened after being closed several years for asbestos removal and building renovations, including the addition of a meeting room. Colorful ribbons enlivened the glass façade and neon lights brightened the interior.

The library was further renovated in 1999 as part of the "Changing Lives" campaign, which refurbished branches and brought Internet service.