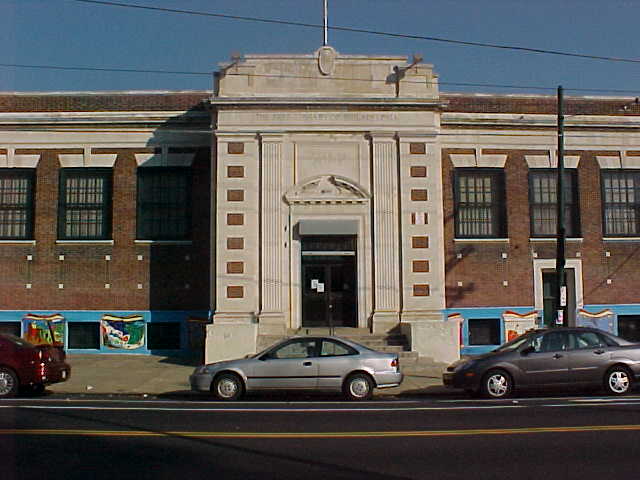 Donate to Wyoming Library
Nearby Libraries

The Wyoming branch serves the Feltonville area, which became known as "Wyoming Villa" or "Wyoming Valley" around 1890.

In 1927, Philadelphia City Council passed an ordinance to set aside 10,000 square feet of the playground located at "B" Street and Wyoming Avenue for the construction of the Wyoming Avenue Branch. This branch would turn out to be the last of 25 Free Library branches constructed through the generosity of Andrew Carnegie. In fact, it turned out to be the last library in the world constructed with funds donated by the great library philanthropist. In all, Carnegie and his corporation gave more than $56 million to build 2,509 public libraries throughout the English-speaking world, to make self-education available to everyone.

In 1929, the architect was selected and ground was officially broken on March 1, 1930. The winning construction bid was $111,699, twice the cost of the Free Library's two previous Carnegie branches. Because it was the last Carnegie, it included more elaborate details than previous Free Library Carnegies, with marble instead of wood for the interior steps and the ledges under the bookshelves. The outside cornices and other decorative features are made of French limestone. At the dedication on October 29, 1930, Director John Ashhurst touted Wyoming as a truly fireproof building, constructed of steel and concrete. Even the roof foundation is concrete!

By 1935, Wyoming Branch had become a mecca of children's and teen activity, so much so that between the hours of 7:30 p.m. and 9:15 p.m., as many as 650 high school students visited the branch to do research, borrow books and hang around. Frustrated adult patrons wrote letters of complaint to the Philadelphia Evening Bulletin decrying the noise level and quantity of young people in the branch and on the front steps. Franklin Price, then director of the Free Library, investigated, and a flyer was created to be posted and distributed in the schools appealing to students not to "make a recreation centre (sic) of the Library." This was, of course, in an era when it was thought best that children "be seen and not heard."

The library was renovated in 1999 as part of the "Changing Lives" campaign, which refurbished branches and added Internet service to every library.