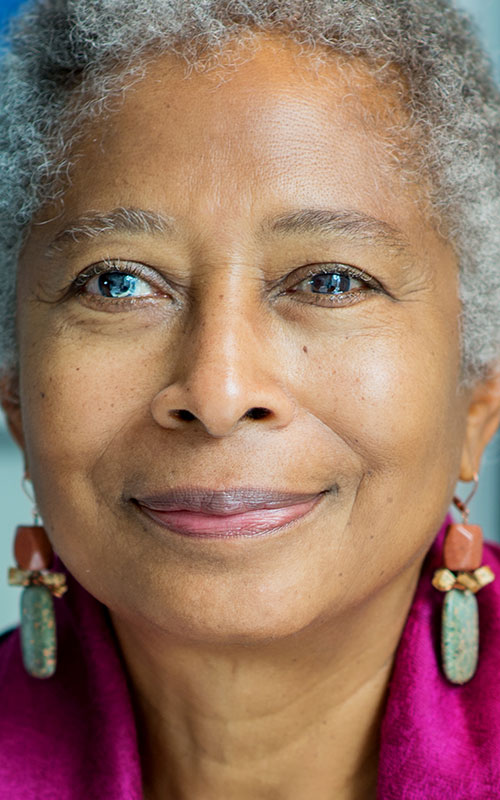 Alice Walker | The Cushion in the Road: Meditation and Wandering as the Whole World Awakens to Being in Harm's Way

Alice Walker’s esteemed literary career spans over four decades and includes seven novels, four collections of short stories, four children’s books, and volumes of essays and poetry. Her 1983 novel The Color Purple received the Pulitzer Prize and the National Book Award, and was adapted for Steven Spielberg’s 1985 film and the Broadway stage. Her many honors include a Guggenheim Fellowship, the Lennon/Ono Peace Grant, and a residency at Yaddo. In 2006, she was an inaugural inductee into the California Hall of Fame, and in 2007 her archives were opened at Emory University. Her new book The Cushion in the Road is a collection of meditations on topics ranging from racism to Africa to healthcare and the work of Aung San Suu Kyi. Ms. Walker will also read from her new book of poems The World Will Follow Joy: Turning Madness into Flowers.