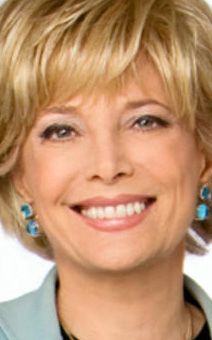 Lesley Stahl | Becoming Grandma: The Joys and Science of the New Grandparenting

One of America’s most experienced and respected broadcast journalists, Lesley Stahl recently celebrated her 25th year as a correspondent for the venerable 60 Minutes. Prior to this she was CBS’s White House correspondent during the Carter, Reagan, and George H.W. Bush administrations and hosted Face the Nation from 1983 to 1991. Her reportage has been marked by political scoops, in-depth foreign coverage, and unique features on a range of topics. She has been honored with two Edward R. Murrow Awards, multiple Emmys, and the 2015 Paul White award for lifetime achievement. In Becoming Grandma, the “bright, terribly ambitious, and touchingly vulnerable” (Los Angeles Times) Stahl investigates the joys of grandmothering by way of scientific, journalistic, and personal accounts.

In conversation with Laura Kovacs