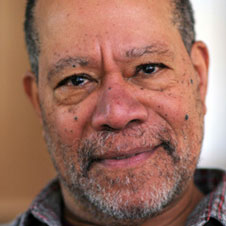 A Conversation with Jerry Pinkney

Join us for a celebration of Jerry Pinkney Day! One of the most beloved artists in children’s literature, Jerry Pinkney has illustrated more than 100 books over the course of his five-decade career. The recipient of the 2010 Caldecott Medal for his children’s picture book The Lion and the Mouse, Pinkney grew up in the Germantown section of Philadelphia. His work touches upon personal and cultural themes of the African American experience, the majesty of wildlife, and the wisdom of folk tales. His many other awards include five Caldecott Honor Medals, five Coretta Scott King Book Awards, four Coretta Scott King Honor Awards, and a lifetime achievement award from the Society of Illustrators in New York.

In conversation with Lorene Cary, founder of Art Sanctuary and author of several books, including The Price of a Child and If Sons, Then Heirs.