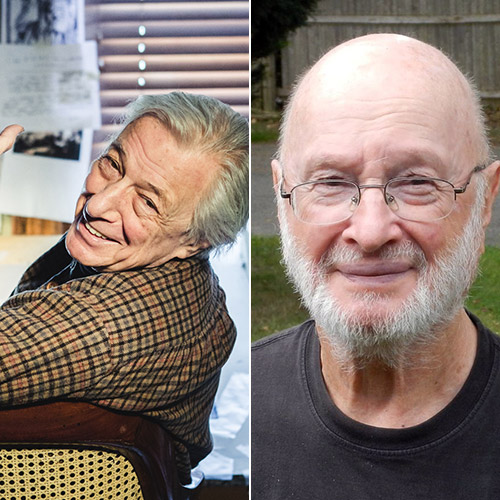 “One of America’s foremost political satirists” (New York Times), illustrator, caricaturist, and cartoonist Edward Sorel has illustrated 41 covers for The New Yorker and has published pictorial essays and features in The Nation, Vanity Fair, Esquire, and The Atlantic, among a score of other publications. The recipient of the George Polk Award for Satiric Drawing and the Best in Illustration Award from the National Cartoonists Society, Sorel has been ubiquitously exhibited in galleries and museums. In Mary Astor’s Purple Diary, a masterpiece 40 years in the making, he draws a rounded character study of his muse, the scandalous Oscar-winning actress.

One of America’s artistic luminaries, Jules Feiffer won a Pulitzer Prize for the comic strip he published for 42 years in the Village Voice, an Academy Award for Best Animated Short, and a Lifetime Achievement Award from the Writers Guild of America, and he is an inductee to the Comic Book Hall of Fame. The author of dozens of collections of cartoons, histories of comics, graphic novels, plays, and screenplays—including those for Mike Nichols’ Carnal Knowledge and Robert Altman’s Popeye—he has taught at some of the country’s most prestigious universities. Cousin Joseph is Feiffer’s prequel to the New York Times bestselling Depression-era noir graphic novel Kill My Mother.