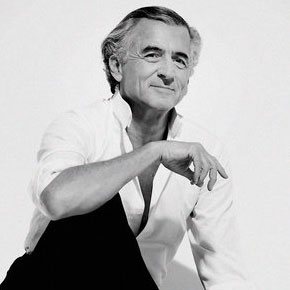 Bernard-Henri Lévy | The Genius of Judaism

In conversation with Carlin Romano, Critic-at-Large,The Chronicle of Higher Education


“Perhaps the most prominent intellectual in France today” (The Boston Globe), Bernard-Henri Lévy led the vanguard of the radical 1970s “New Philosophy” movement, a rejection of Marxism and the Left still debated today. This moralistic view culminated in 1979’s controversial Barbarism with a Human Face and continued in Testament of God, in which he advocated an “atheistic spirituality.” He is also the author the internationally bestselling Who Killed Daniel Pearl? and Left in Dark Times: A Stand Against the New Barbarism. In The Genius of Judaism, the philosopher and activist confronts the underpinning of his spiritual roots and seeks a reckoning with his faith.