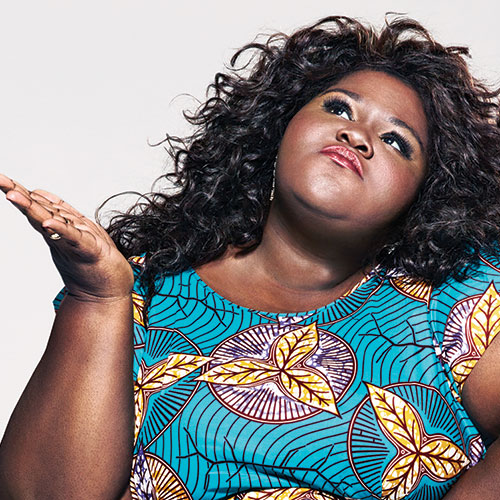 Gabourey Sidibe | This Is Just My Face: Try Not to Stare

In conversation with longtime broadcaster and journalist, Tracey Matisak


Gabourey Sidibe received a Best Actress Academy Award nomination for her debut role in the 2009 film Precious, based on the novel Push by Sapphire. Sidibe won instant fame for her heartbreaking portrayal of the movie’s title character. Since then she has appeared on three seasons of American Horror Story, was a cast member of the Showtime series The Big C, has hosted Saturday Night Live, and has appeared in several films. She currently plays Becky on Fox’s popular musical drama series Empire. This Is Just My Face tells the behind-the-scenes story of Sidibe’s Bed-Stuy upbringing and rise to fame while proffering sensible dispatches on celebrity, depression, friendship, and self-image.