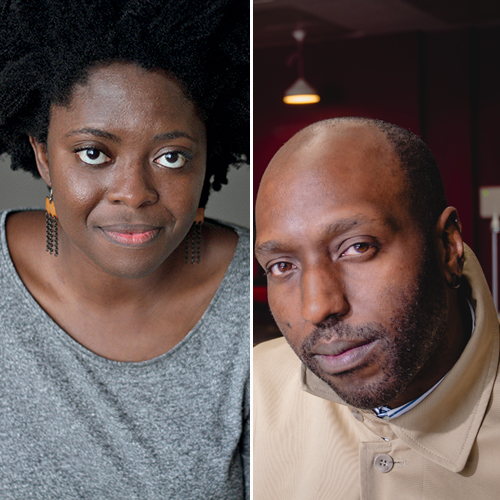 Yaa Gyasi’s breakout debut novel Homegoing, a multigenerational tale that “brims with compassion” (NPR Books), follows two half-sisters on opposite sides of the 18th-century Ghanaian slave trade and their descendants. It was a New York Times bestseller and 2016 Notable Book and a Guardian Best Book, and it was nominated for the Center for Fiction’s First Novel Prize. Gyasi, a native of Ghana who emigrated with her family to the U.S. in 1991, earned a Master of Arts from the Iowa Writers’ Workshop and was selected by Ta-Nehisi Coates for the National Book Foundation’s 2016 “5 under 35” award.

Acclaimed for portraying the cultural and socio-political issues of his native Jamaica, Kei Miller is the author of the novels The Last Warner Woman and The Same Earth; the story collection The Fear of Stones; and several collections of poetry, including the award-winning The Cartographer Tries to Map a Way to Zion. A creative-writing teacher at the University of London, Miller is the recipient of the Forward Prize for Poetry and an International Writer’s Fellowship at the University of Iowa, and he was shortlisted for the Dylan Thomas Prize. Set in the Jamaican backlands, Augustown tells the story of a woman’s struggle to overcome the weight of history, race, and violence.