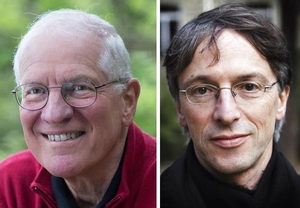 William Taubman won the Pulitzer Prize and the National Book Critics Circle Award for Khrushchev: The Man and His Era, a portrait of the Soviet leader “unlikely to be surpassed any time soon in either richness or complexity” (New York Times Book Review). The Bertrand Snell Professor of Political Science Emeritus at Amherst College, he is the author of several other works detailing 20th-century Russian politics. Drawing from international archival documents, interviews with foreign leaders, Kremlin contemporaries, and Gorbachev himself, Taubman’s new biography is a nuanced look at the transformational leader.

Yuri Slezkine is best known as the author of The Jewish Century, a boldly interpretive treatise about Jews’ role in modernity. Jane K. Sather Professor of History at the University of California, Berkeley and a W. Glenn Campbell and Rita Ricardo-Campbell National Fellow at Stanford University's Hoover Institution, he is also the author of several other books about the Soviet state, including In the Shadow of Revolution, Arctic Mirrors, and Between Heaven and Hell. In House of Government, Slezkine tells the epic of the massive apartment building occupied by high-ranking Communists until their annihilation during Stalin’s purges.