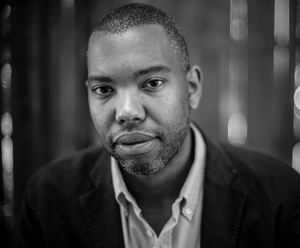 Ta-Nehisi Coates | We Were Eight Years in Power: An American Tragedy

Ta-Nehisi Coates won the 2015 National Book Award for Between the World and Me, a “searing meditation on what it means to be black in America today” (New York Times). Covering culture, politics, and social issues as a national correspondent for The Atlantic, he won the George K. Polk Award for his cover story “The Case for Reparations.” A Distinguished Writer in Residence at NYU’s Arthur L. Carter Journalism Institute, Coates is a recipient of a MacArthur Fellowship, among a string of other honors. We Were Eight Years in Power is a collection of new and previously published essays on the Obama presidency.