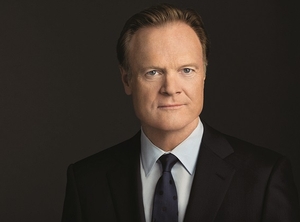 Lawrence O’Donnell | Playing with Fire: The 1968 Election and the Transformation of American Politics

Lawrence O’Donnell is the host of MSNBC’s The Last Word, one of cable television’s most watched news and political commentary programs. In addition to writing for a variety of periodicals, including The New York Times, The Washington Post, and The Los Angeles Times, he won an Emmy Award as executive producer and writer for The West Wing, was a senior advisor to Sen. Daniel Moynihan, and worked on a number of Senate committee staffs. In Playing with Fire, O’Donnell offers an account of one of the most dramatic presidential elections in U.S. history; the roles played by Richard Nixon, Robert Kennedy, Lyndon Johnson, and a slew of other lastingly consequential figures; and the election’s relevance to today’s dirty politics and cutthroat political races.