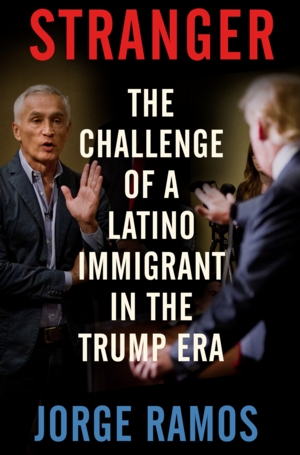 Jorge Ramos | Stranger: The Challenge of a Latino Immigrant in the Trump Era

In conversation with longtime broadcaster and journalist, Tracey Matisak.

The anchorman for Noticiero Univision for more than 30 years, eight-time Emmy-winning broadcaster and columnist Jorge Ramos is one of America’s most popular and influential journalists. His 10 bestselling books include The Other Face of America, No Borders: A Journalist’s Search for Home, and A Country for All: An Immigrant Manifesto. His weekly column is carried by dozens of newspapers across the U.S. and Latin America. Ramos’s many honors include the Walter Cronkite Award and The Gabriel García Márquez Prize. In Stranger, the legendary journalist draws from hard data and personal experience to respond to the Trump administration’s controversial remarks and policies directed toward Latino—indeed all—immigrants to this country.