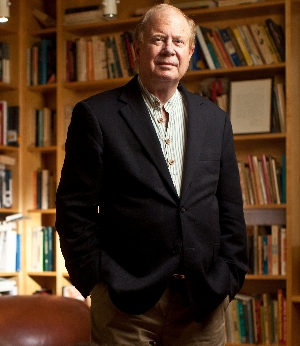 Joseph Ellis | American Dialogue: The Founders and Us

In conversation with Jason Freeman, author events producer and editor

A “sure-handed and entertaining guide through the thickets of argument, personality and ideology out of which the American nation emerged” (The Economist), historian Joseph Ellis won the Pulitzer Prize for Founding Brothers, a thoughtful exploration of the gifted but flawed men who conjured America; and the National Book Award for American Sphinx, a portrait of Thomas Jefferson. His body of work also includes His Excellency: George Washington, First Family: Abigail and John Adams, and Revolutionary Summer: The Birth of American Independence. His new book examines the profoundly relevant views of the Founding Fathers as they pertain to the current American landscape of turmoil and division.