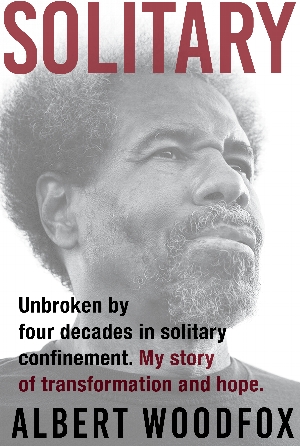 Albert Woodfox | Solitary: Unbroken by Four Decades in Solitary Confinement. My Story of Transformation and Hope

Falsely accused and convicted of a 1972 robbery in which a white guard was killed, Albert Woodfox served more than four decades in solitary confinement in Louisiana’s notoriously brutal Angola prison. Finding solidarity and inspiration behind bars with members of the Black Panther Party, he was able to find inner peace and a spirit of resistance. After decades he was finally able to find a capable lawyer sympathetic to his plight, though it still took another 16 years to prove his innocence and gain his release. According to CNN’s Van Jones, Woodfox’s life and new memoir, Solitary, are an “inspiring triumph of the human spirit and a powerful call for the necessity of prison reform.”