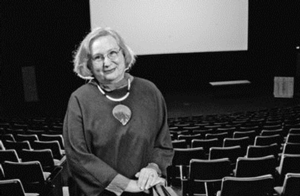 In conversation with Carrie Rickey, former film critic for the Inquirer

Mentor to some of contemporary cinema’s top directors (Joss Whedon and Michael Bay) and founder of the department of film studies at Wesleyan University, Jeanine Basinger built the program into one of the best in the world. Her twelve books include works about silent films, women on the screen, and the studio system during Hollywood’s Golden Age. A trustee emeritus of the American Film Institute, Basinger has appeared in numerous documentaries and on many DVD commentary tracks. Replete with revealing portraits of an array of Hollywood’s brightest lights, lush illustrations, and penetrating analysis, The Movie Musical! is an authoritative guide to cinema’s most whimsical genre.