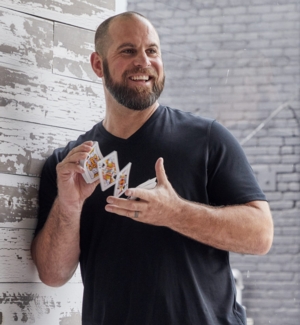 Jon Dorenbos | Life Is Magic: My Inspiring Journey from Tragedy to Self-Discovery

In conversation with Larry Platt, co-founder/co-executive director of The Philadelphia Citizen and former editor of the Philadelphia Daily News and Philadelphia Magazine and co-author of Life is Magic

Philadelphia Eagles long-snapper Jon Dorenbos played in two Pro Bowls and had an illustrious 14-year career in the NFL. Also a gifted magician, he was a finalist on the 11th season of America’s Got Talent and is a frequent guest on The Ellen Show. Illusion and sleight-of-hand became an escape shortly after his father murdered his mother when he was 12 and he and his sister were thrust into foster care and then sent to live with a beloved aunt. From this early tragedy to success as a professional football player, magician, and motivational speaker, Life Is Magic is a memoir of Dorenbos’s heartening journey.