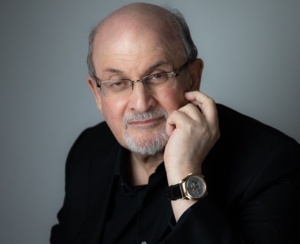 “One of the major literary voices of our time” (San Francisco Chronicle), Salman Rushdie is the author of more than a dozen novels, including The Satanic Verses, The Golden House, and Midnight’s Children, winner of the “Booker of Bookers” Prize in 1993. His other works include a short story collection, East, West, and four works of nonfiction, including the memoir Joseph Anton, which chronicles his time in hiding during the fatwa against him. In his latest novel, Rushdie spins the humorous tale of a modern-day Don Quixote in midlife crisis tilting at the windmills of America’s moral and spiritual turpitude.