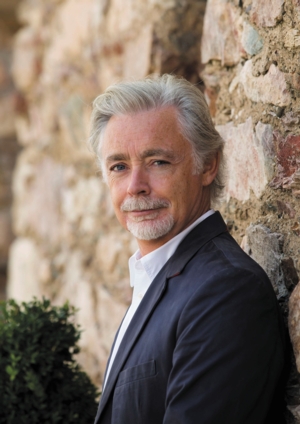 In conversation with Jon McGoran, author of Splintered

Eoin Colfer is the internationally acclaimed author of the Artemis Fowl series, which chronicles the “magical” (Washington Post) adventures of a young antihero criminal mastermind. The novels and their companion books have sold millions of copies worldwide and have been adapted into a forthcoming film. Also the author of the sixth installment of the Hitchhiker’s Guide to the Galaxy series, several Marvel comics, a cyberpunk novel, and two children’s books, Colfer was Ireland’s Children’s Laureate from 2014 to 2016. Telling the story of a high-flying vodka-swilling Louisiana dragon who happens across a teen on the run from a corrupt lawman, Highfire is a genre-warping adventure fantasy for adults.