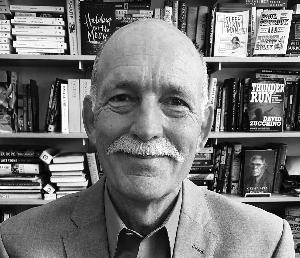 David Zucchino | Wilmington’s Lie: The Murderous Coup of 1898 and the Rise of White Supremacy

In conversation with Mark Bowden, most recently author of The Last Stone: A Masterpiece of Criminal Interrogation

David Zucchino is a contributing writer for The New York Times. He has covered wars and civil conflicts in more than three dozen countries. Zucchino was awarded a Pulitzer Prize for his dispatches from apartheid South Africa and is a four-time Pulitzer Prize finalist for his reporting from Iraq, Lebanon, Africa, and inner-city Philadelphia. He is the author of Thunder Run and Myth of the Welfare Queen. In his new book, Zucchino tells the story of the 19th-century North Carolina port city that, while once a burgeoning example of a mixed-race community, exploded into racial violence that erased the progress made by formerly enslaved people and their children.