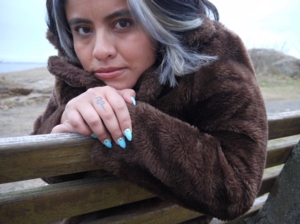 In conversation with Andrea González-Ramírez, Senior Writer at GEN and an Ida B. Wells fellow at Type Investigations.  Read Ms. González-Ramírez's interview with Karla Cornejo Villavicencio.

Originally from Ecuador, Karla Cornejo Villavicencio became one of the first undocumented students admitted to Harvard University. Now a fellow at Laurene Powell Jobs’s Emerson Collective and a doctoral candidate in the American studies program at Yale, she has written about race, culture, and immigration in a variety of publications, including the New York Times, the Atlantic, and n+1. In her new book, Villavicencio ventures beyond combustive political rhetoric and alarmist headlines to reveal the remarkable, relatable lives of undocumented Americans in every corner of the country.