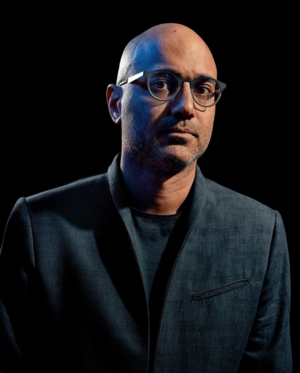 Acclaimed for exploring complicated sociopolitical aspects of identity within the Muslim American experience, Ayad Akhtar won the 2013 Pulitzer Prize for Drama for Disgraced, a play in which racial and cultural prejudices persist in so-called progressive climates. His other work includes the play Junk, the screenplay for the film The War Within, and American Dervish, a novel that follows a pre-9/11 Wisconsin Muslim family wrestling with faith and inclusion. Among other accolades, he has earned an Award in Literature from the American Academy of Arts and Letters, a Nestory Award, fellowships from a wide array of institutions, an Obie Award, and two Tony nominations. In his new novel, Akhtar peers at the rifts of a post-Trump America through the lens of a dispossessed immigrant father and son.*

Books are available through The Joseph Fox Bookshop.

*Note: there is slight ring during the introduction which ends when the discussion begins.