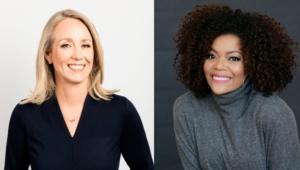 Stephanie Schriock | Run to Win: Lessons in Leadership for Women Changing the World

In conversation with Yvette Nicole Brown, star of screens big and small and known to audiences for her roles in Community, The Mayor, Supermansion, The Odd Couple, and many other films and TV shows.

The president of EMILY’s List since 2010, Stephanie Schriock has helped steer the five-million-member organization to some of the greatest victories seen in its 35-year history. These victories included the election of many pro-choice women Democratic U.S. senators, U.S. representatives, governors, and state and local officials. Currently on the Board of Advisors of the anti-voter suppression group Let America Vote, Schriock served as the national finance director of Howard Dean’s presidential campaign and managed the Senate races of Jon Tester in 2006 and Al Franken in 2008. In Run to Win, she offers strategies women can use to succeed in politics and other male-dominated fields. Stacey Abrams writes, “Run to Win demystifies how to tackle the challenges of campaigns, using authentic voices to welcome readers with honesty, compassion and humor.”