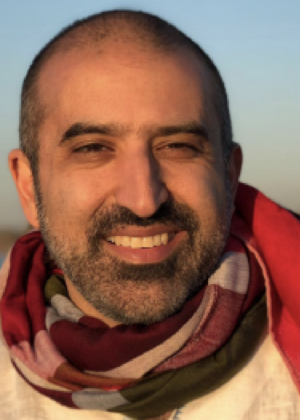 John Ghazvinian | America and Iran: A History, 1720 to the Present

In conversation with Ambassador John Limbert, US Deputy Secretary of State for Iran (2009-10); former hostage in the US Embassy in Tehran (1979-81)

An author, historian, and former journalist, John Ghazvinian is the Executive Director of the Middle East Center at the University of Pennsylvania. He is the author of Untapped: The Scramble for Africa’s Oil, a “riveting account and superb analysis” (Boston Globe) of the competition between world powers for the emerging market of crude oil from a dozen African countries. The coeditor of American and Muslim Worlds before 1900 and a contributor to periodicals such as Newsweek, The Nation, and the Huffington Post, he has taught Middle East history at a number of colleges and universities. In his new book, Ghazvinian charts the tangled relationship between America and Iran from the Persian Empire of the 18th century to the often icy diplomacy of today.