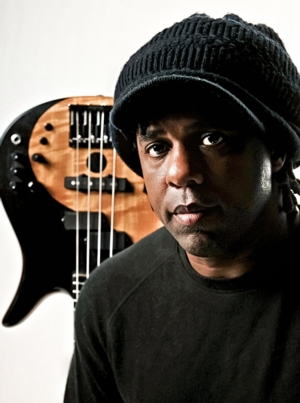 Victor Wooten | The Spirit of Music: The Lesson Continues

A founding member of jazz fusion super group Béla Fleck and the Flecktones, bass guitarist Victor Wooten is a five-time Grammy winner and has been called “the Michael Jordan of the bass.” A producer, songwriter, and solo touring artist, he is the only person to thrice be voted Bassist of the Year in Bass Player Magazine’s readers’ poll and was named one of the top ten bassists of all time by Rolling Stone. He is also the author of the novel The Music Lesson: A Spiritual Search for Growth Through Music. His new book tells the story of three strangers who are mystically summoned to Nashville to save the sound of live music.