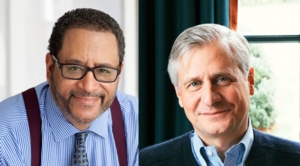 Signed books may be purchased through the Joseph Fox Bookshop