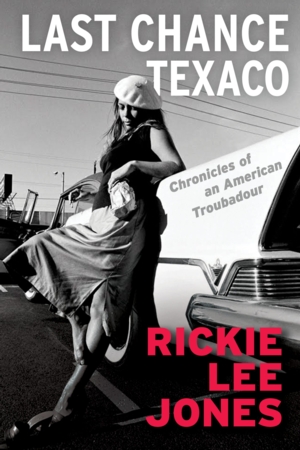 In conversation with singer, songwriter, and novelist Wesley Stace

Acclaimed for “her hauntingly beautiful voice and fearless experimentation” (NPR), singer–-songwriter Rickie Lee Jones has remained one of music’s most intriguing figures for more than four decades. Combining rock, jazz, blues, and pop, her 18 albums have garnered two Grammys and a multigenerational fanbase. A sought–-after collaborator, Jones has been a guest vocalist in more than a dozen other musicians’ works. She is also a celebrated record producer, actor, and narrator. Last Chance Texaco is an intimate account of her unsteady childhood, the pleasures and pitfalls of early success, her battle against substance abuse, and her enduring position as a woman in rock and roll.

A book with a signed book plate is included with the price of your ticket.
Books will be mailed after the event.
Please allow 2 - 3 weeks for delivery.