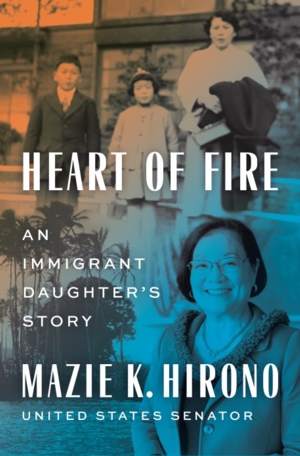 A “hero on the left” (Washington Post) for her vocal support of progressive legislation and issues, Mazie K. Hirono is the only immigrant and the first Asian American woman in the United States Senate. Hawaii’s junior Senator since 2013, she formerly served the Aloha State in the U.S. House of Representatives, as its lieutenant governor, and as a State Representative. At the age of seven, Senator Hirono emigrated with her mother and brother from rural Japan aboard the President Cleveland and crossed the Pacific Ocean to Hawaii. Charting her journey from a single room in a Honolulu boarding house to the Washington, D.C. halls of power, Heart of Fire is Senator Hirono’s story of resilience, speaking truth to power, and her hard-fought advocacy for the most vulnerable Americans.