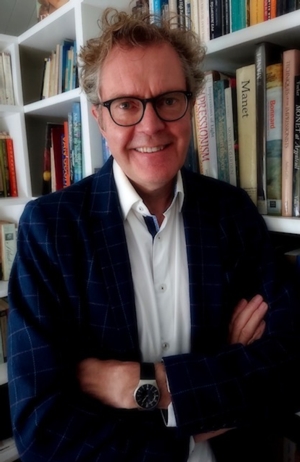 Ross King | The Bookseller of Florence: The Story of the Manuscripts That Illuminated the Renaissance

Celebrated for his skill at “elucidating crucial episodes in the history of art and architecture” (Time), Ross King is the author of many bestselling nonfiction books that peak behind the curtain of history of the studios, workshops, and inner toils and torments of some of the world’s greatest artists. These works include Brunelleschi’s Dome, Michelangelo and the Pope’s Ceiling, Leonardo and the Last Supper, and Mad Enchantment—a portrait of the struggles churning just beneath the tranquil surface of Monet’s iconic water lilies. In his new book, King conjures a revelatory vision of the remarkable 15th century Florentine merchant, craftsman, and intellectual Vespasiano da Bisticci, who is often referred to as “the king of the world’s booksellers.”