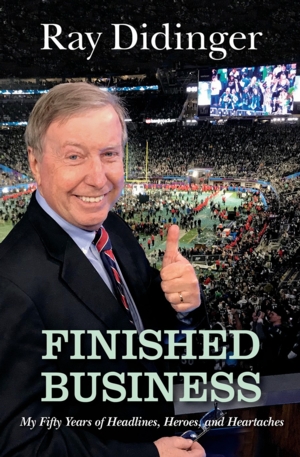 In conversation with Michael Smerconish

Five-time Pennsylvania Sportswriter of the Year, Ray Didinger covered the NFL for The Philadelphia Bulletin and the Philadelphia Daily News for over 25 years. He has authored or coauthored 11 books about sports and sportswriting, including The Eagles Encyclopedia, which he cowrote with the late Robert S. Lyons. The “definitive book for any Eagles fan” (Philadelphia Daily News), a revised and expanded edition was published in 2018 to reflect the 87-year-old team’s victory in Super Bowl LII. Didinger currently hosts a talk show on 94 WIP Sports Radio and serves as a football analyst for NBC Sports Philadelphia. Didinger’s new memoir explores his childhood in Southwest Philadelphia, his five-decade career covering a wide variety of sports across multiple media platforms, and the art of balancing being a long-suffering Eagles fan and an objective journalist.