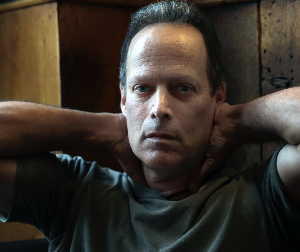 In conversation with Joe Klein, Time political columnist and bestselling author of six books including Primary Colors and most recently Politics Lost

Employing “his narrative gifts and vivid prose” (The Washington Post) to chronicle some of the world's most extreme environments, Sebastian Junger is the #1 New York Times bestselling author of The Perfect Storm, War, Fire, Tribe, and A Death in Belmont. A contributing editor to Vanity Fair and a special correspondent at ABC News, he has earned a Peabody Award and the National Magazine Award. His debut documentary film, Restrepo, which was co-directed with the late Tim Hetherington, won the Grand Jury Prize at Sundance and was nominated for an Oscar. In his new book, Junger ruminates on the tenets and contradictions of freedom by way of a year spent with three friends traveling along the East Coast’s railroad lines.

Signed books will be mailed after the event. Please allow three weeks for delivery.
U.S. orders only. All others will be refunded.