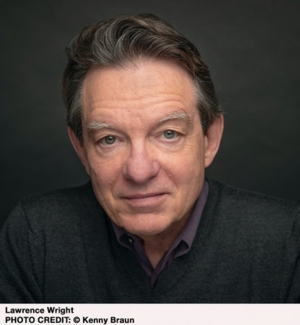 Lawrence Wright | The Plague Year: America in the Time of Covid

Acclaimed for bringing “a clear-eyed, investigative fearlessness” (The Washington Post) to a diverse range of topics, Lawrence Wright is a longtime staff writer for The New Yorker. He won the Pulitzer Prize for The Looming Tower, an in-depth history of the rise of violent extremism and the intelligence failures that might have prevented the 9/11 attacks. His many other nonfiction works include books about different communities and their experiences in Texas, the secretive world of Scientology, and contemporary American religious figures. A member of the Council on Foreign Relations and the Society of American Historians, Wright has written and performed two one-person plays and co-produced the Emmy-winning documentary Going Clear. Wright recently published The End of October, a bestselling novel about a devastating medical crisis. The Plague Year is about the impact of Covid-19, the initially slow government response to this crisis, and the medical professionals working to save lives and educate the public.

Books will be mailed after the event. Please allow three weeks for delivery.
U.S. orders only. All others will be refunded.