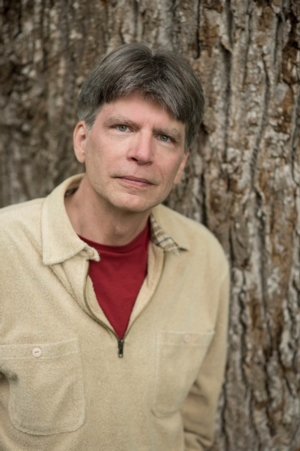 In conversation with Andrew Ervin

A “genuine artist … who can render the intricate dazzle of it all and at the same time plumb its philosophical implications” (Esquire), Richard Powers won the 2019 Pulitzer Prize for Fiction for The Overstory, a tale of activism, the natural world, and people’s connection to trees. His other novels include The Echo Maker, a story of the brain, mass migrations, and car accidents; Orfeo, the narrative of a falsely accused amateur scientist/composer; and Three Farmers on Their Way to a Dance, in which a WWI-era photo sends the men on very different quests. Powers has earned the National Book Award, a MacArthur Fellowship, the Lannan Literary Award, and two Pushcart Prizes.  Bewilderment follows a widower astrobiologist dealing with both the mysteries of the cosmos and the troubles befalling his young son.

Andrew Ervin is a writer and critic and author of Extraordinary Renditions, Burning Down George Orwell's House, and Bit by Bit: How Video Games Transformed Our World. He teaches part-time in the MFA program at Temple University and for the School of Interactive Games and Media at Rochester Institute of Technology.