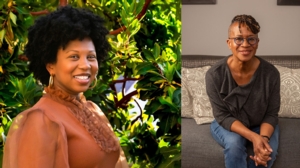 In conversation with Christine Kendall, author of Riding Chance, nominated for a NAACP Image Award, and The True Definition of Neva Beane

Glory Edim is the creator of Well-Read Black Girl, a book club, book, and online community that showcases the universality of Black women’s stories and experiences in and through literature. She also edited the 2018 NAACP Image Award-nominated anthology of the same name that featured a wide array of essays by Black women. A recipient of the 2017 Innovator’s Award from the Los Angeles Times Book Prizes, Edim serves on the board of New York City’s Housing Works Bookstore. She is the curator of the new story collection On Girlhood, referred to by Jacqueline Woodson as “a loving family of writers who came before me,” that includes such towering voices as Toni Morrison, Paule Marshall, Toni Cade Bambara, and Alice Walker--among many others.