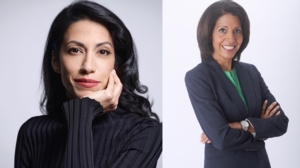 Huma Abedin | Both/And: A Life in Many Worlds

Currently Hillary Clinton’s chief of staff, Huma Abedin began as an intern for the former first lady in 1996. In the interim she has served in the U.S. Senate as senior advisor to Senator Clinton, worked as traveling chief of staff for Clinton’s 2008 presidential campaign, was the deputy chief of staff at the U.S. Department of State, and was vice chair of Hillary for America in 2016. In her candid new memoir, Abedin tells the story of her upbringing in the United States and Saudi Arabia by Indian and Pakistani parents, her heartbreaking marriage to Anthony Weiner and their shared love for their son, and some of her most extraordinary career experiences.