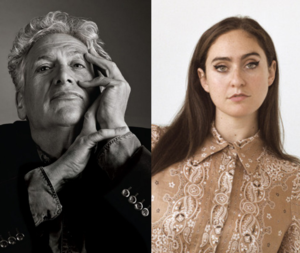 Harvey Fierstein | I Was Better Last Night: A Memoir

In conversation with comedienne, actor, and author Catherine "Cat" Cohen

An acclaimed playwright, screenwriter, and actor, Harvey Fierstein is the Tony Award–winning author of Torch Song Trilogy and La Cage aux Folles. His play A Catered Affair was nominated for 12 Drama Desk Awards and he received Tony nominations for Kinky Boots, Newsies, and Casa Valentina. He also won Tonys for his performance in the Torch Song Trilogy and as Edna Turnblad in Hairspray. Fierstein has appeared in dozens of films and television shows, including Mrs. Doubtfire, Independence Day, Cheers, and The Good Wife, and he has voiced animated characters in Mulan, The Dark Crystal, and Big Mouth, among many others. In I Was Better Last Night, he reveals details of his personal trials and triumphs, explores his status as a cultural icon and gay rights activist, and reflects on his best-loved roles and writings.