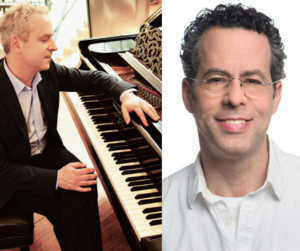 Jeremy Denk | Every Good Boy Does Fine: A Love Story, in Music Lessons

One of classical music’s most celebrated pianists, Jeremy Denk has performed with ensembles such as the National Symphony Orchestra, the New York Philharmonic, and the Los Angeles Philharmonic, and he has frequently appeared at Carnegie Hall. His recordings have been number one on Billboard’s Classical Chart and have been selected in best-of-the-year lists for several media outlets, including The Washington Post, BBC, The New Yorker, and NPR. A member of the Academy of Arts and Sciences, Denk is the recipient of a MacArthur Fellowship, Musical America’s Instrumentalist of the Year Award, and the Avery Fisher Prize. His writing on music has been published in The New York Times Book Review, The Guardian, and The New Republic, among other periodicals. In Every Good Boy Does Fine, Denk explores the composers, teachers, and professional struggles that have most influenced not only his career, but also his larger concept of what music means to us.