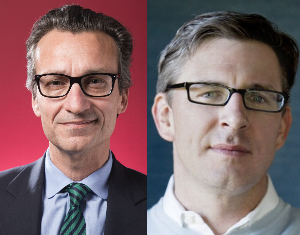 In conversation with John Holloway

One of the United States’s foremost experts on forensic sciences and the criminal justice system, M. Chris Fabricant is the director of strategic litigation at the Innocence Project, a nonprofit organization that uses DNA testing to release wrongly convicted individuals from prison. He is a former longtime public defender and law professor, frequently serves as a public speaker on legal reform and social justice, is featured in the Netflix documentary series The Innocence Files, and has published numerous articles in journals such as Fordham Law Review and New York University Law Review. In his new book, Fabricant examines the role that faulty scientific evidence has in continuing and strengthening an unjust and racist criminal justice system.

John Holloway is the associate dean and executive director of the Quattrone Center for the Fair Administration of Justice at the University of Pennsylvania Law School.