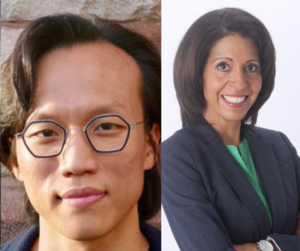 Bo Seo | Good Arguments: How Debate Teaches Us to Listen and Be Heard

A two-time world champion debater and a former coach of the Harvard College Debating Union and the Australian national debating team, Bo Seo has won the World Schools Debating Championship and the World Universities Debating Championship. He formerly served as a national reporter for the Australian Financial Review and has contributed writing to The New York Times, The Atlantic, and CNN, among other media outlets. Currently a law school student at Harvard, he has a master’s degree in public policy from Tsinghua University. In Good Arguments, Seo describes how debate empowered him to find his voice amidst his family’s emigration from Korea to Australia when he was only 8, the ways in which many other people have utilized spoken rhetoric on their paths to success, and the specific debate strategies anyone can use to improve their lives.