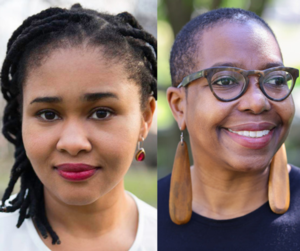 In conversation with Asali Solomon

Nigerian American author Chinelo Okparanta’s acclaimed debut novel Under the Udala Trees celebrates the act of loving fearlessly, even amidst the strife of prejudice and civil war. Selected for more than a dozen periodicals’ 2015 “best of” lists, it won a Lambda Literary Award, was a finalist for the International Dublin Literary Award, and was nominated for an NAACP Image Award in fiction. Okparanta is also the author of the short story collection Happiness, Like Water, winner of an O. Henry Prize, and a finalist for the New York Public Library Young Lions Fiction Award and the Etisalat Prize for Literature. The director of the creative writing program at Swarthmore College, she has published fiction in various publications, including The New Yorker, Granta, and Tin House. Her latest novel delves into a young white man’s journey from his prejudiced smalltown to a life of freedom in New York City.

Asali Solomon is the author of the novels The Days of Afrekete and Disgruntled, the short story collection Get Down, and stories published in a wide array of periodicals, including McSweeney’s, Essence, and O, The Oprah Magazine. A professor of fiction writing and literature of the African diaspora at Haverford College, she is the recipient of a Rona Jaffe Foundation Writers’ Award and the National Book Foundation’s “5 Under 35” honor.