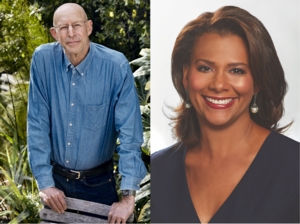 Michael Pollan | This is Your Mind on Plants

One of the world’s foremost chroniclers of the intersection of the human and natural worlds, Michael Pollan is a No. 1 New York Times bestselling author of eight books. These works include How to Change Your Mind, an examination of the science of psychedelics; Cooked, which was adapted into a Netflix series; Food Rules: An Eater’s Manual; and A Natural History of Four Meals, which won the James Beard Award and was a finalist for the National Book Critics Circle Award. A contributing writer to The New York Times Magazine for 35 years, Pollan has earned two James Beard Awards, the Reuters-I.U.C.N. 2000 Global Award for Environmental Journalism, and the Genesis Award from the Humane Society of the United States, among numerous other honors. He is the co-founder of the UC Berkeley Center for the Science of Psychedelics and is the Knight Professor of Science and Journalism at UC Berkeley. A challenge to rethink traditional notions of drugs, This Is Your Mind on Plants explores the allure, taboos, and effects of three very different psychoactive plants.