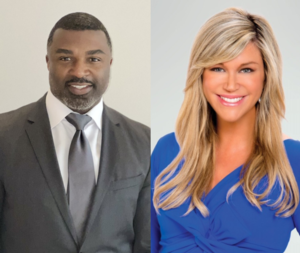 In their illustrated children’s book, Brian Westbrook Sr. and Lesley Van Arsdall tell the story of a determined little critter named Brian who overcomes his small size to become a star in the Mouse Football League.

Brian Westbrook, Sr. played nine seasons in the NFL, including eight seasons with the Philadelphia Eagles. He was a two-time Pro-Bowl running back and was named first team All-Pro after the 2007 season, in which he led the league with over 2,000 yards from scrimmage. He now makes regular broadcast appearances in addition to his charity work with the Brian Westbrook Foundation and speaking engagements.

Lesley Van Arsdall is a seasoned TV news veteran who has covered Philadelphia sports, local and headline news as both an anchor and a reporter. A graduate of the University of Pennsylvania, she lives outside Philadelphia with her husband and two sons. This is her first children's book.