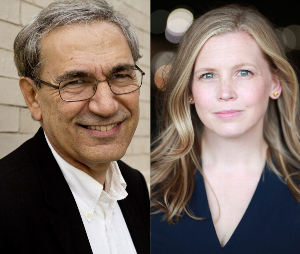 In conversation with Laura McGrath, Assistant Professor of English at Temple University

The winner of the 2006 Nobel Prize in Literature, Turkish writer Orhan Pamuk “is one of the great novelists of his generation” (The Washington Post). Characterized by examinations of identity, tensions between the East and West, modernism’s clash with tradition, and a fascination with the creative arts, his novels—translated into more than 60 languages—include The New Life, Snow, The Museum of Innocence, A Strangeness in My Mind, and My Name is Red, winner of the IMPAC Dublin Literary Award. Pamuk is also the author of several works of nonfiction, essays, memoirs, and screenplays. Part detective story, part historical epic, part contemporary political parable, Nights of Plague follows the efforts of the residents of a fictional island belonging to the Ottoman Empire to halt the spread of a deadly illness.