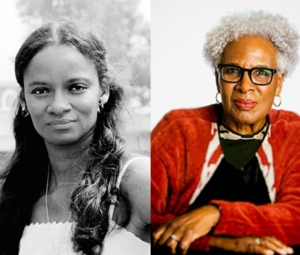 VIRTUAL - Barbara Chase-Riboud | The Great Mrs. Elias: A Novel Based on a True Story

Barbara Chase-Riboud’s watershed 1979 novel Sally Hemings told a fictionalized story based on the true account of the life of Sally Hemings, an enslaved woman with whom Thomas Jefferson had children. It was the winner of the Janet Heidinger Kafka Prize for best novel by an woman writer in the United States and through DNA evidence, the novel’s premise about Heming and Jefferson’s relationship has since been proven true. Chase-Riboud’s other novels include Echo of Lions, The President’s Daughter, and Hottentot Venus. She is also a celebrated poet and widely exhibited sculptor and visual artist. In the spirit of Sally Hemmings, her new novel breathes life into the previously enigmatic Hannah Elias, one of early 1900s America’s richest black women, and the murder that precipitated her rapid downfall.